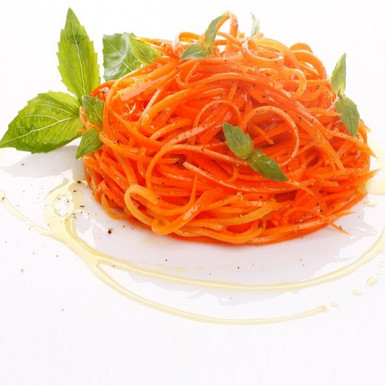 The Koryo-saram, ethnic Koreans in the post-Soviet Union states, popularized spicy pickled carrot salad, known throughout the Soviet Union as Korean-style carrots. It is said to have been unknown in South Korea until recently, but has gained an international following and is served in many cafeterias throughout the Eastern Europe and Asia where it is also sold in supermarkets, and featured regularly as a side dish on dinner tables and at holiday feasts.